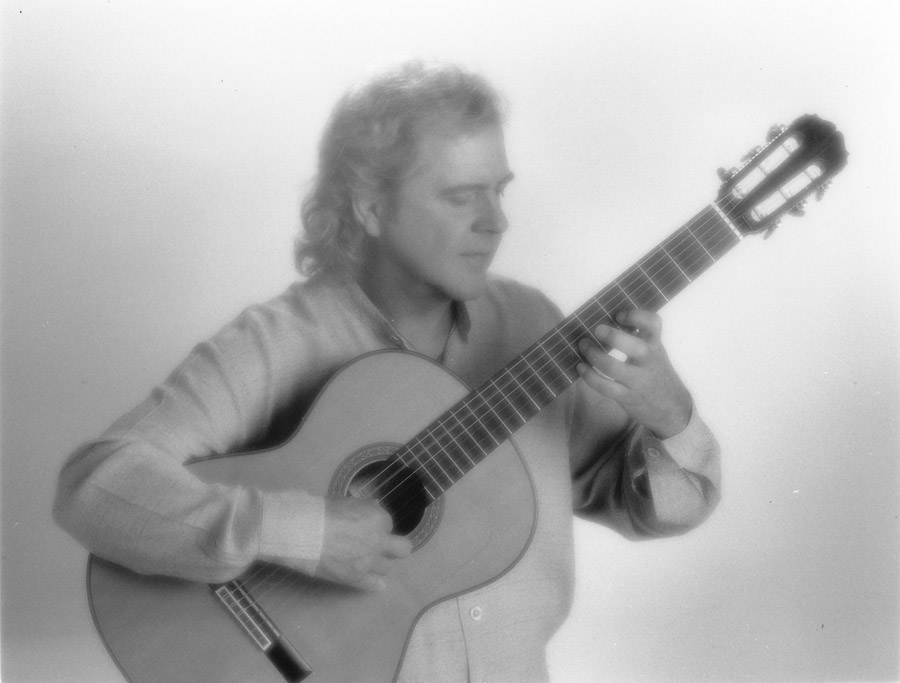 
Where can I find the tablature, sheet music, chords, and lyrics to Michael's songs?
Michael writes: "We've received many requests for tablature or sheet music of my songs. None exist, and I have no plans to make them available. My charts are in my own musical shorthand, unintelligible to anyone else. (If you can't steal it, you can't have it!) Sorry."
Lyrics page.
The chords of a few of Michael's songs from MJ's songbook and MJ fans can be found here.

Where can I purchase "The Michael Johnson Album," "Dialogue," "Home Free" and/or "Lifetime Guarantee" on CD?
These original 1980s EMI America albums, which were never released on CD, are currently out of print in the USA. However, these titles was released for the first time on CD as Japanese and French imports. It appears these CDs are also out of print but can occasionally be found on ebay. (Note: "The Michael Johnson Album" is sold with "Dialogue" as a twofer and is titled "Dialogue/Album".)

Where can I find Michael's other music, such as "Wings," "That's That," "Life's A Bitch" on RCA and "Michael Johnson" on Atlantic Records?
These releases are out of print. Used record stores and eBay are good sources for finding second hand copies. And no, Michael doesn't have any extra copies!

Why doesn't Michael himself re-release these out-of-print albums?
The record labels own the rights to this music; Michael does not. He has no say whether they are in print or not. He also is not involved in the re-releases by other labels, nor does he receive any performer royalties for these releases, such as "The Very Best Of Michael Johnson: Bluer Than Blue (1978-1995)" released in 1999. 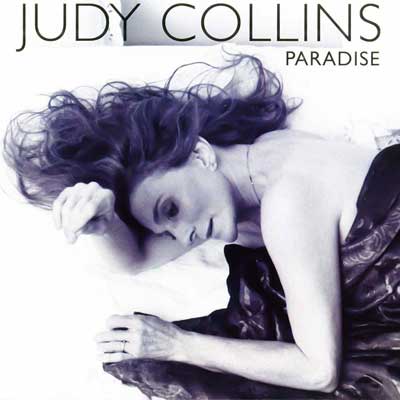 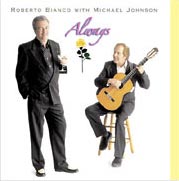 March 11, 2005
"Always" - Roberto Bianco with Michael Johnson
3 years in the making (our approach was simple - take a lot of time off between recordings), "Always" is a collection of standards ranging from 1912 up into the '50's. It's truly a duet album. Roberto's vocals and yours truly playing solo guitar. I'm the band on this live recording. We hope you like it. 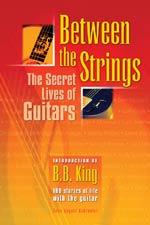 I have written chapter one of John Schroeter's new book, "Between the Strings: The Secret Lives of Guitars." Just publshed, this is a book of stories about guitars, the lives they have led and the life they have given. It includes an introduction by B.B. King, followed by fascinating stories by many of the world's great guitarists. I'm proud to be part of it. If you are interested, you can find the book at John's website: johnaugustmusic.com

(Website no longer active, book is out of print but you can read MJ's story here.() 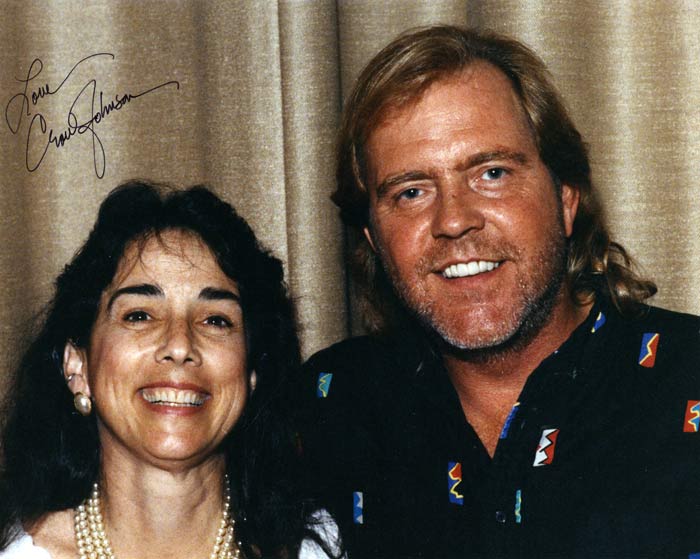 June 8, 2002
Michael Johnson and Crow Johnson will be on Michael Johnathon's WoodSongs Old-time Radio Hour Monday, June 17th. This show is broadcast live - audio and video. If you miss hearing it live, the shows are also archived. The site is at: http://www.woodsongs.com/home.htm 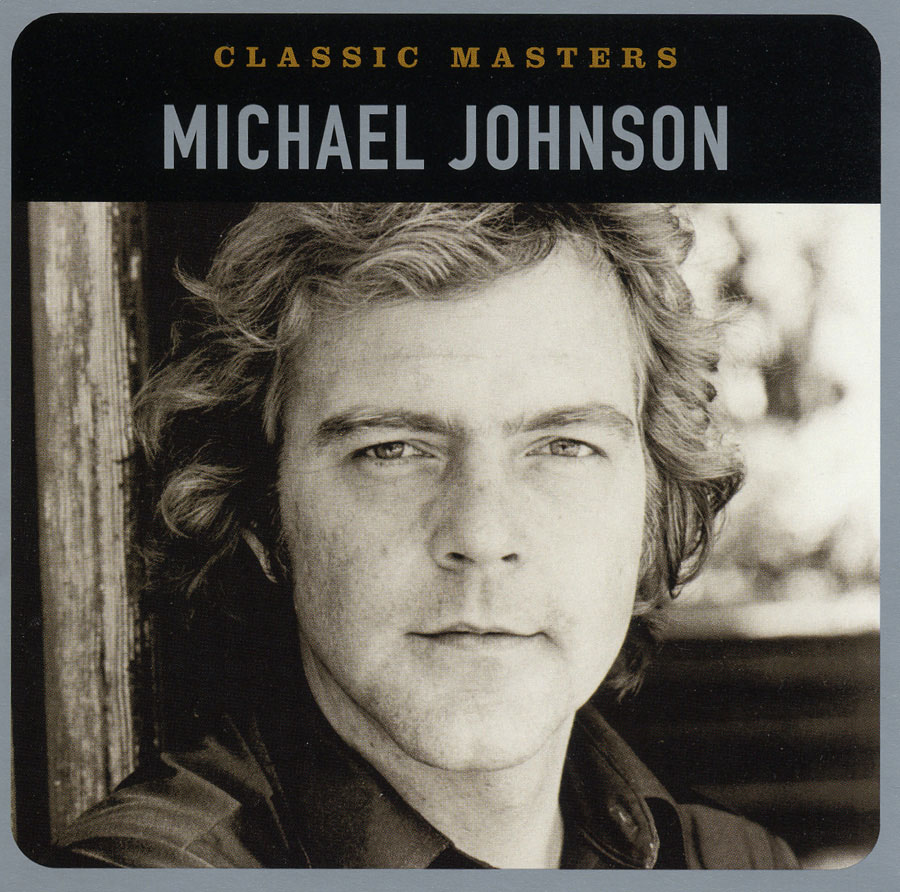 January 29, 2002
Release date of a new hits collection, Classic Masters. A EMI/Capitol release, it includes twelve songs from Michael's pop albums from 1978-1983 on the EMI America record label. See the Album Credits page for details and photos. This CD is available Internet music sites and download through iTunes. We do not have plans at this time to offer it for sale from this site. 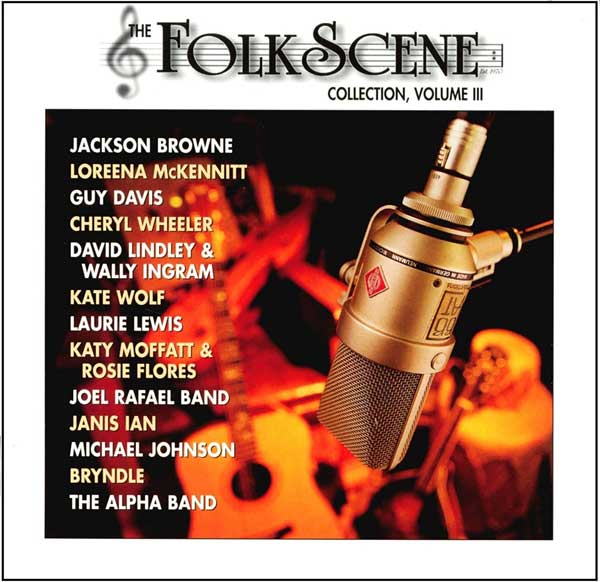 June 2001
FolkScene Collection III includes a live 1990 performance of Michael's. The song is "Ghost In This House" written by Hugh Prestwood. Release date: July 10th. The CD will be available from this web site for a limited time, otherwise it's available on Amazon. 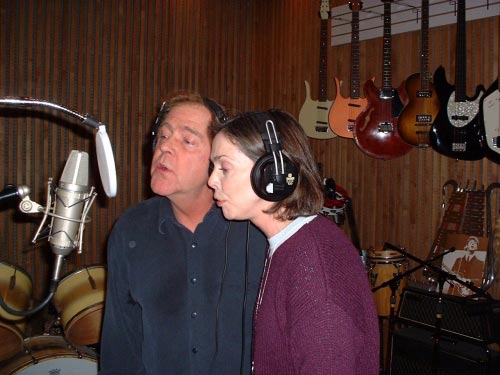 December 2000
Michael recently recorded a duet with Nanci Griffith, titled "Roses on the Fourth of July." Nanci's album is scheduled to be released in March or April 2001.
April update: the new scheduled release date is July 2001.

September 2000
On October 1st in Nashville, Randy Goodrum will be inducted into the Songwriters Hall of Fame. Michael will be there to perform Goodrum's "Bluer Than Blue". 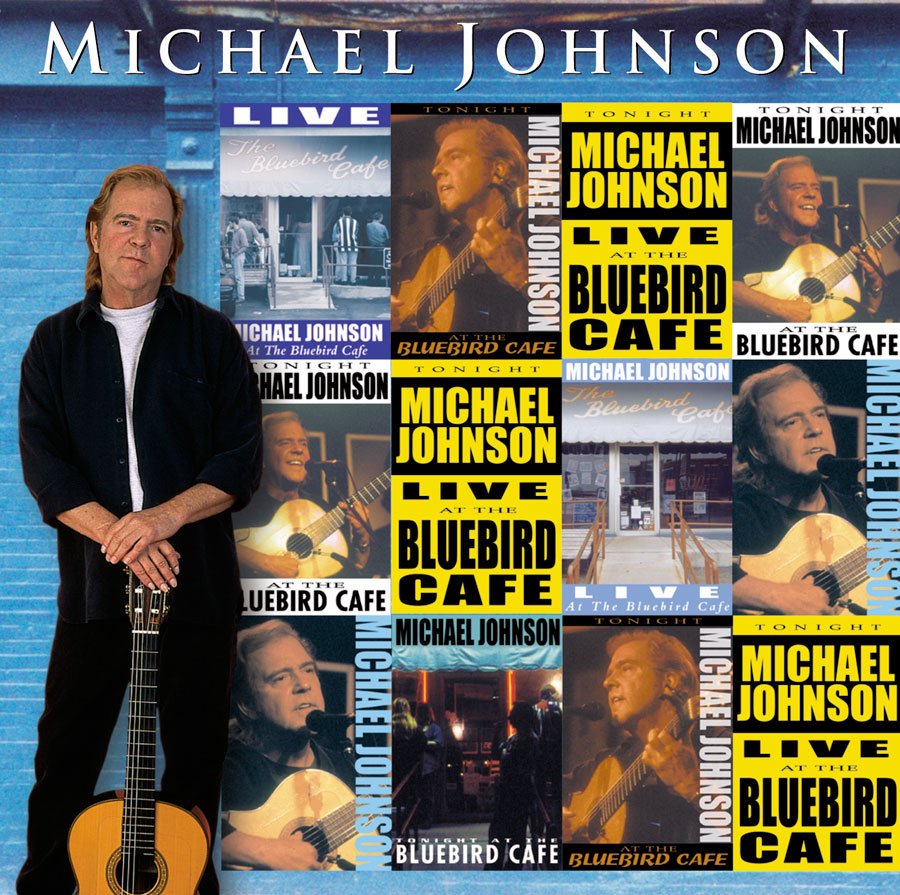 June 2000
Release date of LIVE At The Bluebird Cafe: September 12th. Many selections are songs only heard at his concerts and not recorded on previous albums. 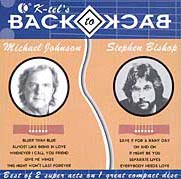 K-TEL released a compilation "Back to Back - Michael Johnson/Steven Bishop" - which includes five songs from Michael's 1997 CD, "Then & Now."

Michael's own compilation, "The Early Albums," is scheduled to be released August 31st. 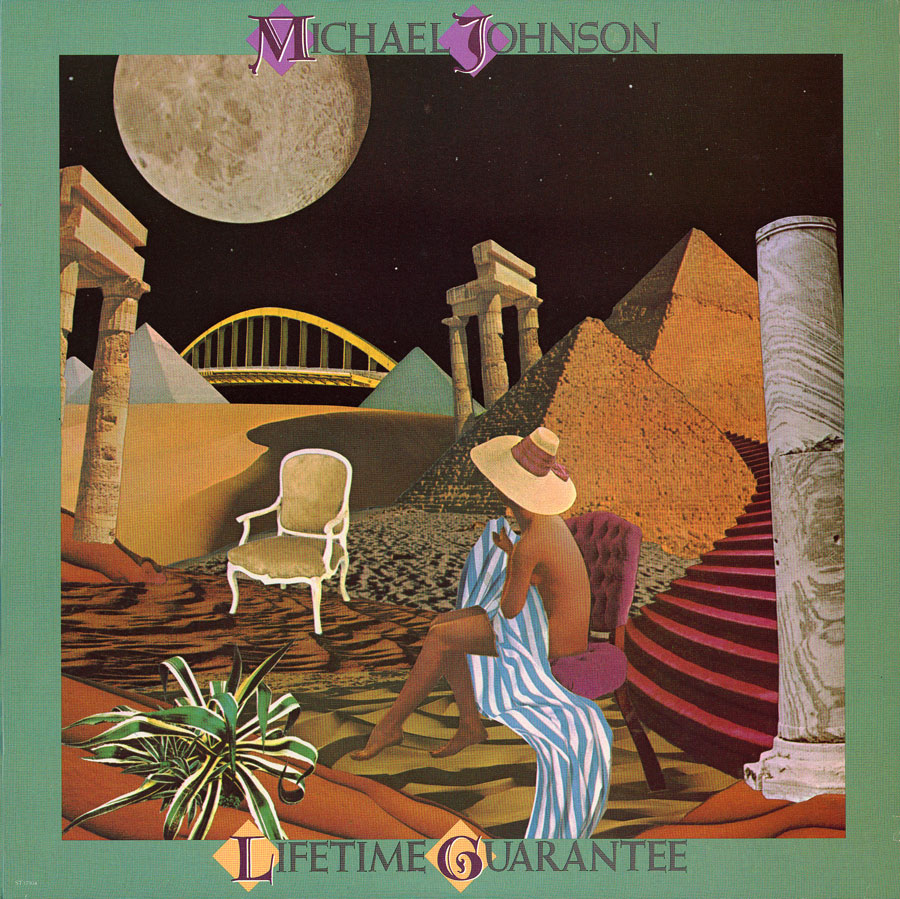 June 1999
"The Michael Johnson Album/Dialogue" and "You Can Call Me Blue/Home Free" Japanese import CDs have been released. The "Lifetime Guarantee" CD is scheduled to be released later this month. 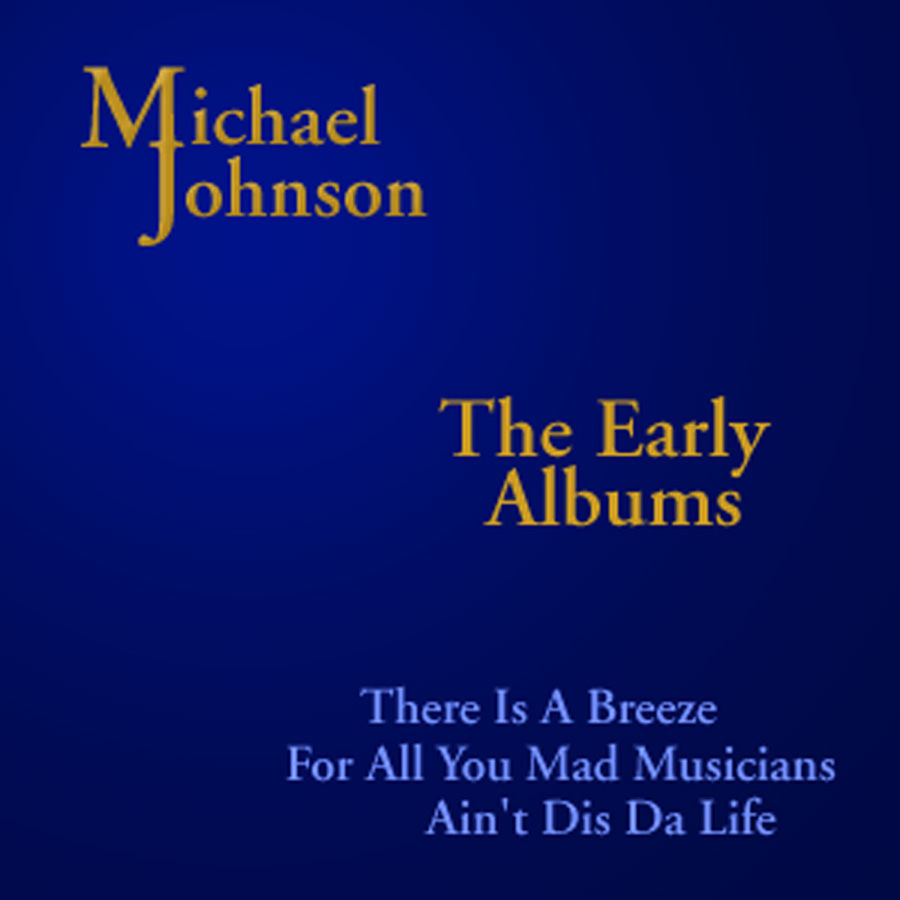 April 1999
COMING AUGUST 1999!
A double CD set - the long awaited re-release of Michael's first 3 acoustic albums:"There Is A Breeze," "For All You Mad Musicians" and "Ain't Dis Da Life." 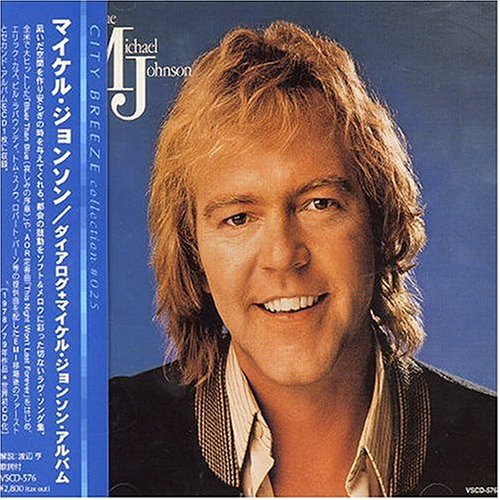 March 1999
"The Michael Johnson Album" and "Dialogue" are scheduled to be reissued on the Vivid Sound Japan label on a double CD. The scheduled release date is May 15th.

Another CD is apparently going to be released by Vivid Sound - this will also be a double CD and will contain the albums of "You Can Call Me Blue" and "Home Free." Release date: Summer 1999. We'll keep you posted. 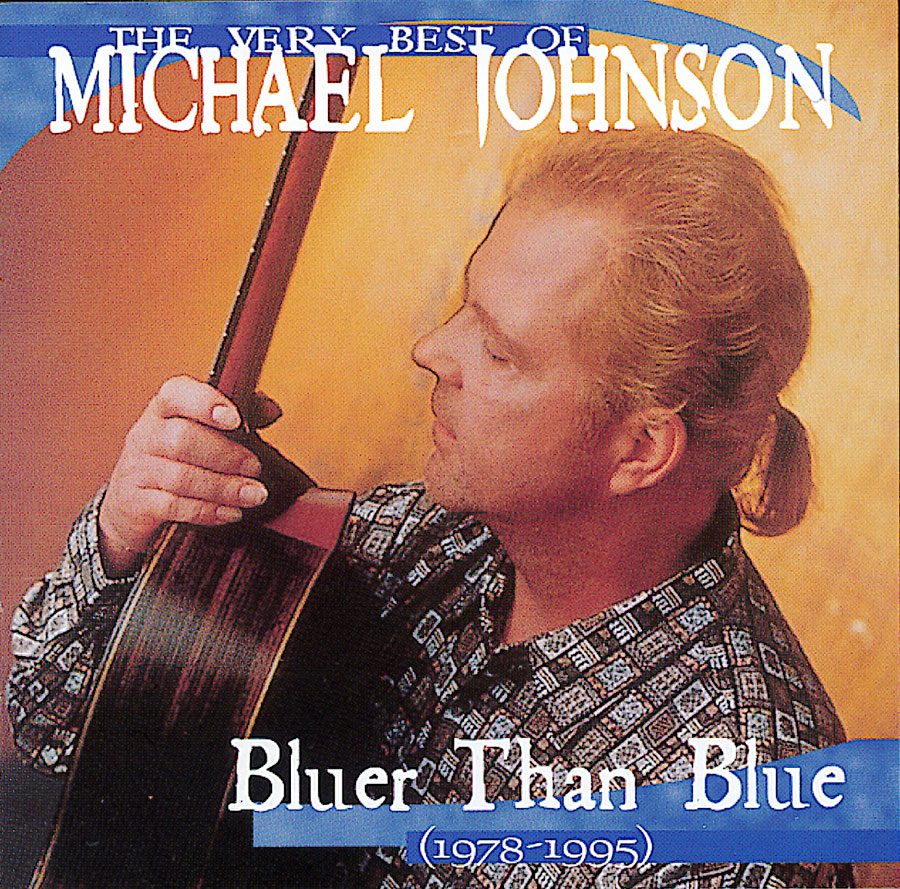 June 2001
December 1998
A 17 song compilation CD of Michael Johnson's greatest hits will be released on March 9, 1999. The title is "The Very Best Of Michael Johnson: Bluer Than Blue (1978-1995)" and will include the original recordings of Michael's singles including Bluer Than Blue, Almost Like Being In Love, This Night Won't Last Forever and I Will Whisper Your Name.