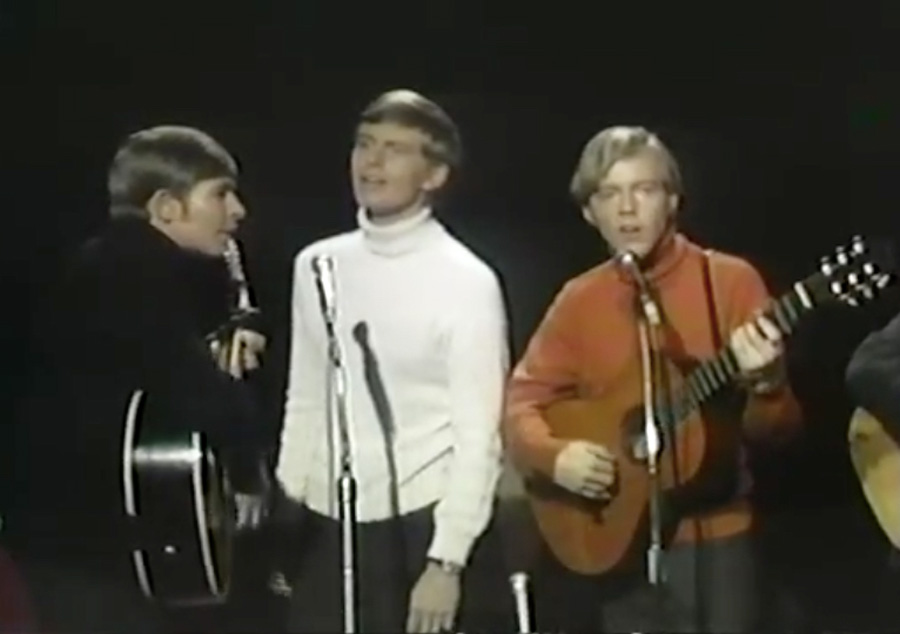 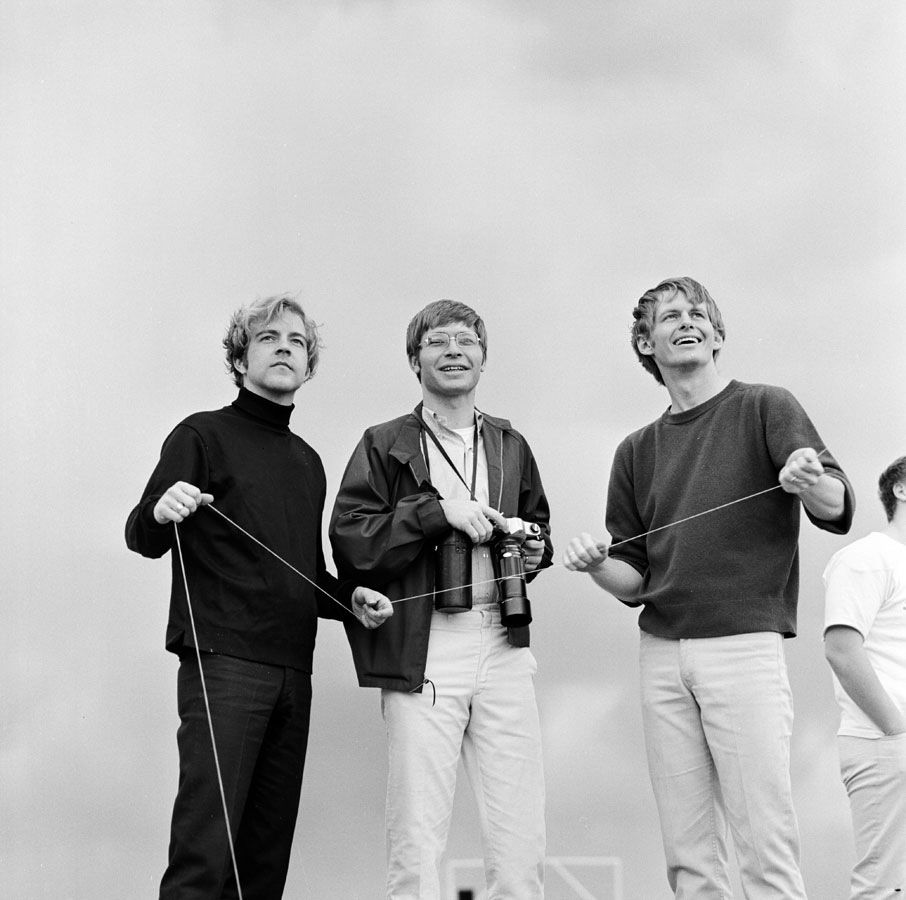 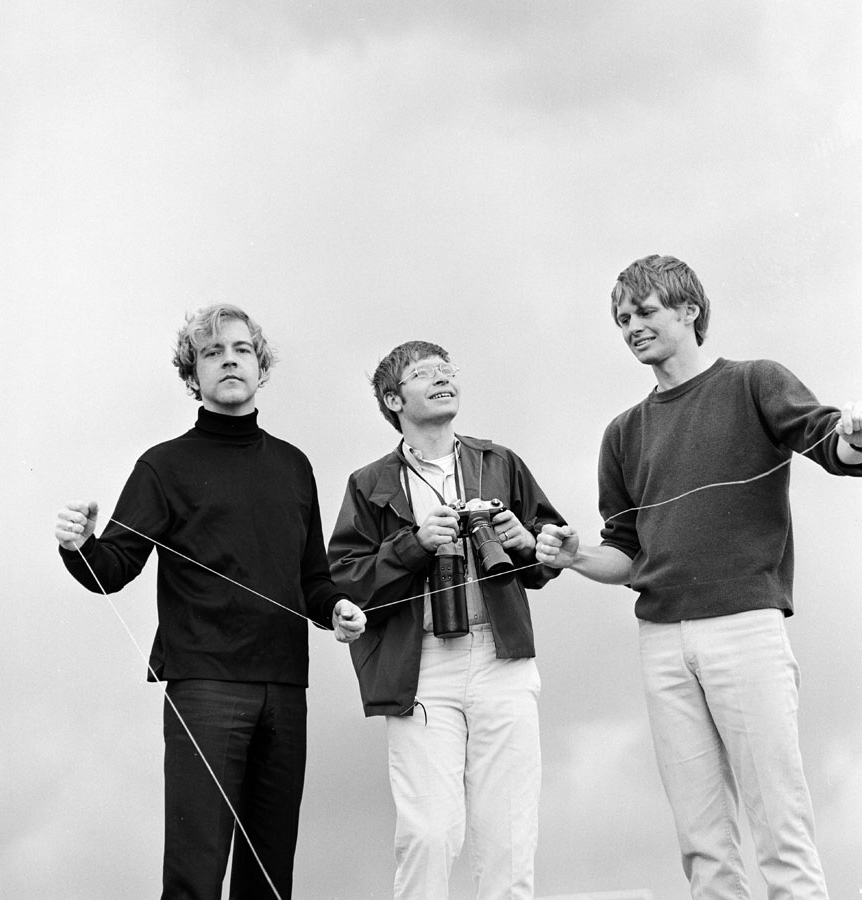 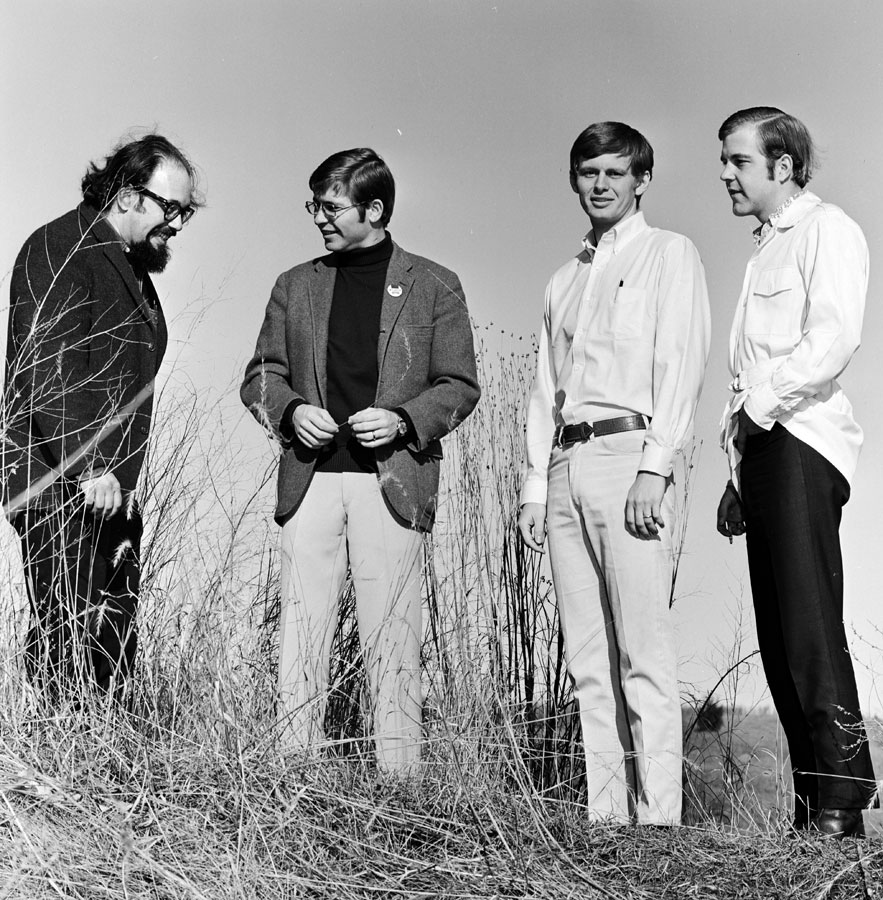 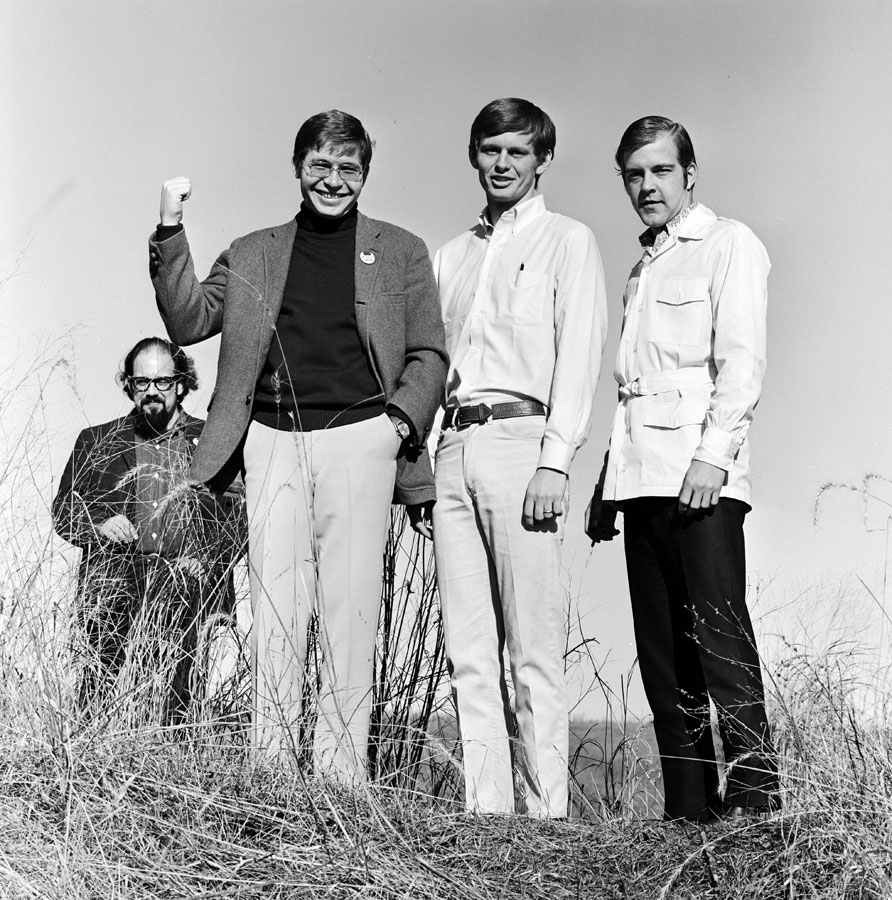 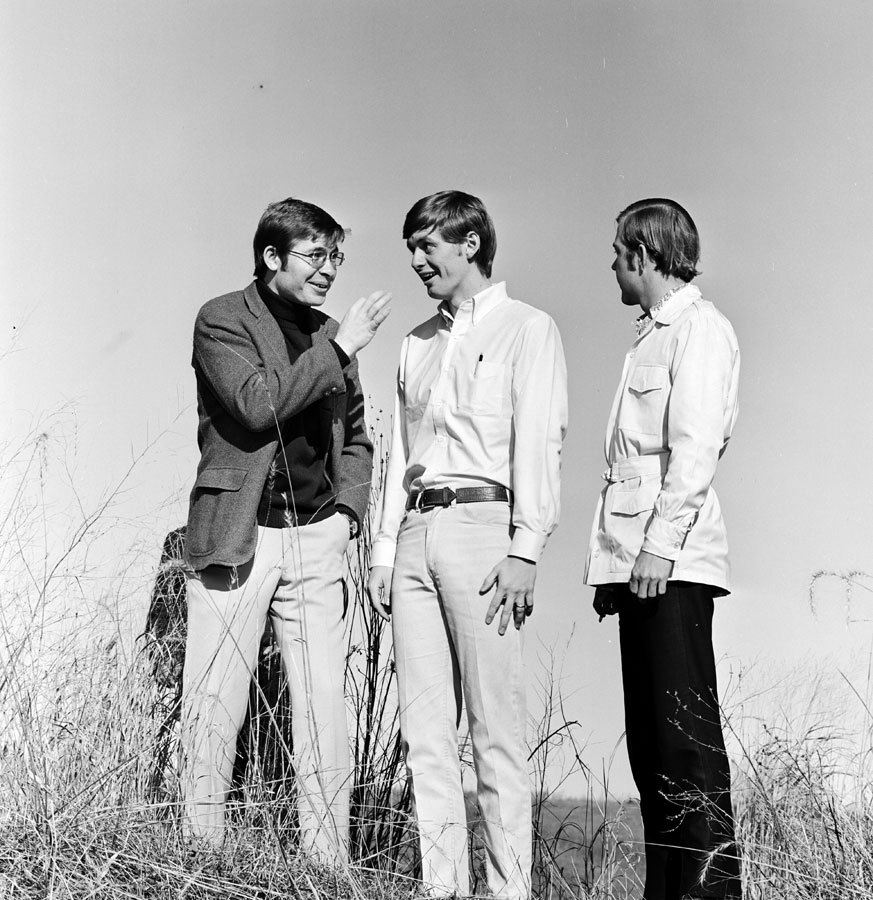 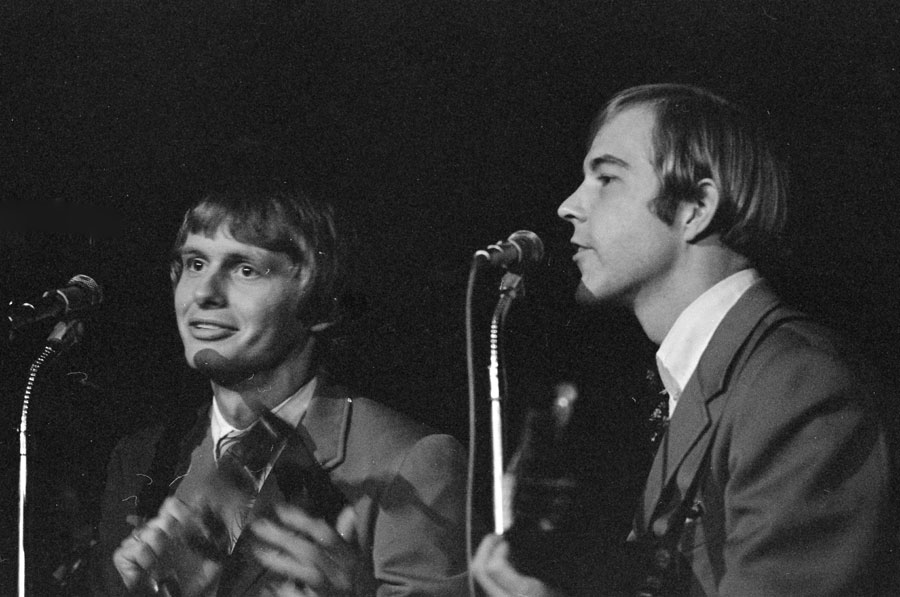 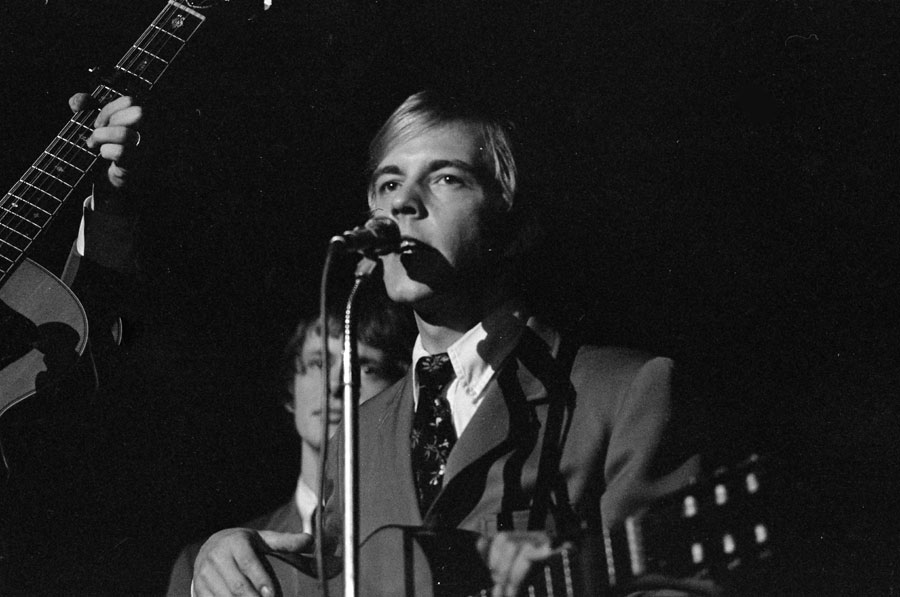 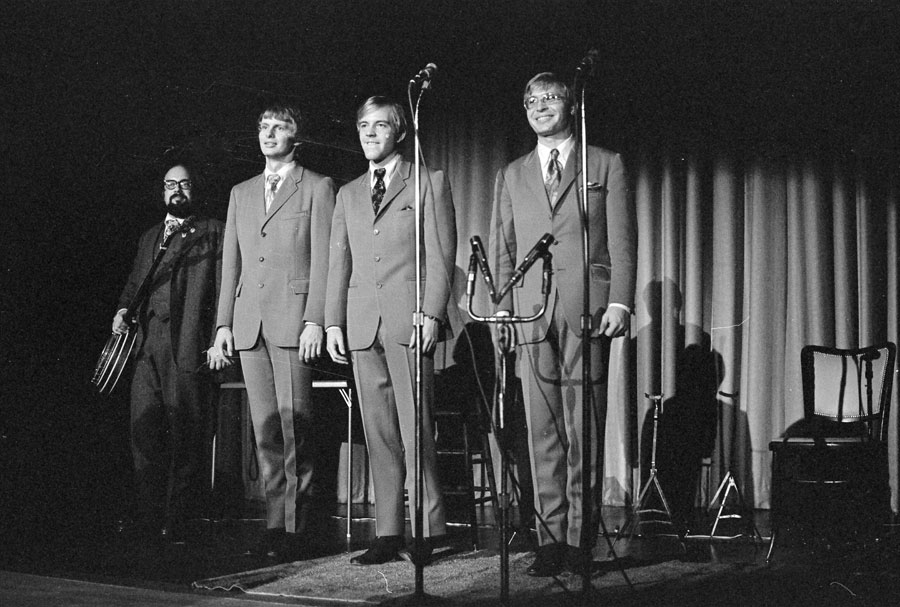 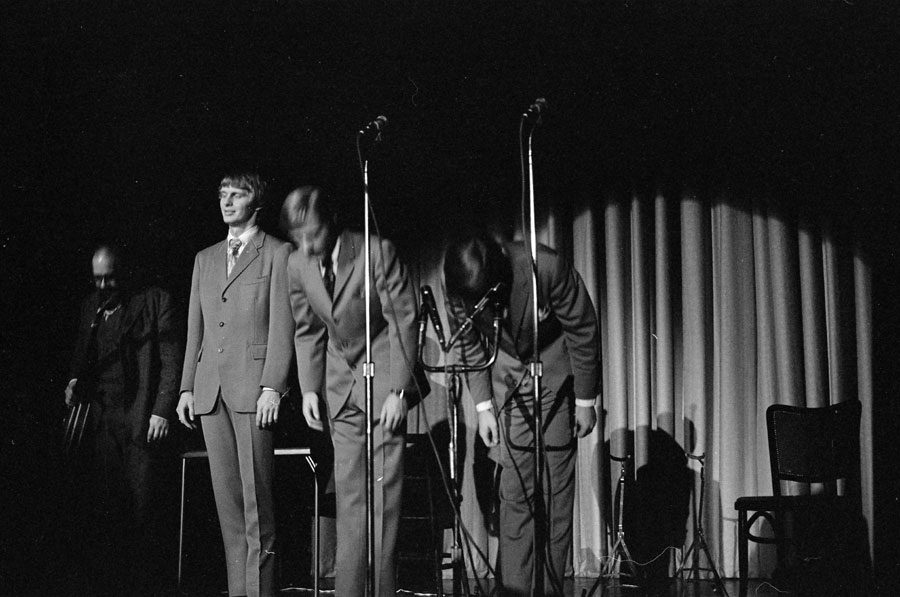 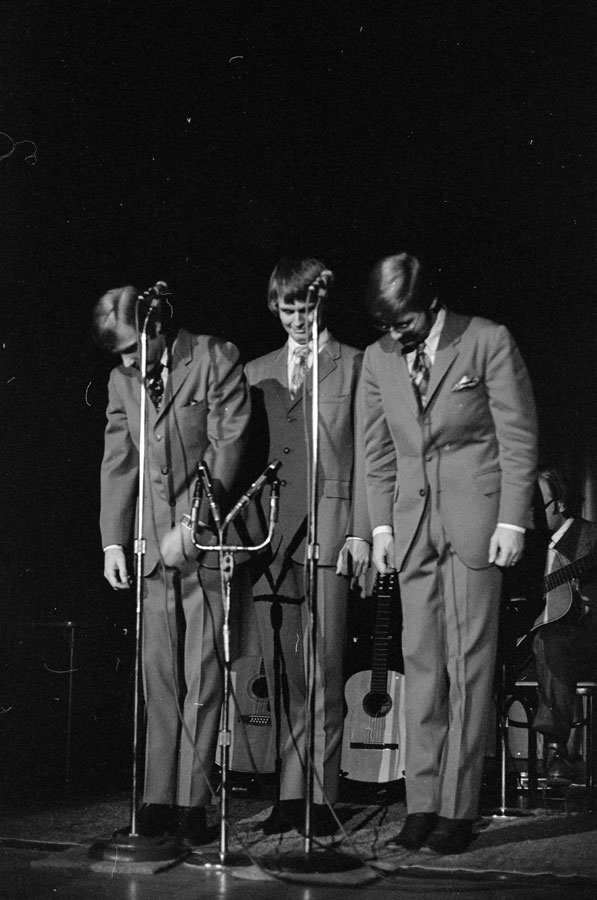 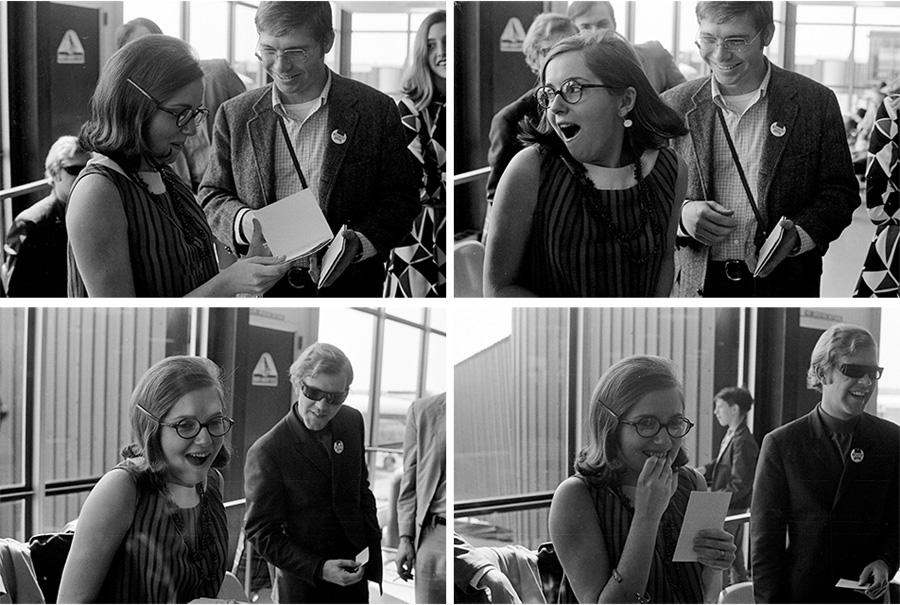 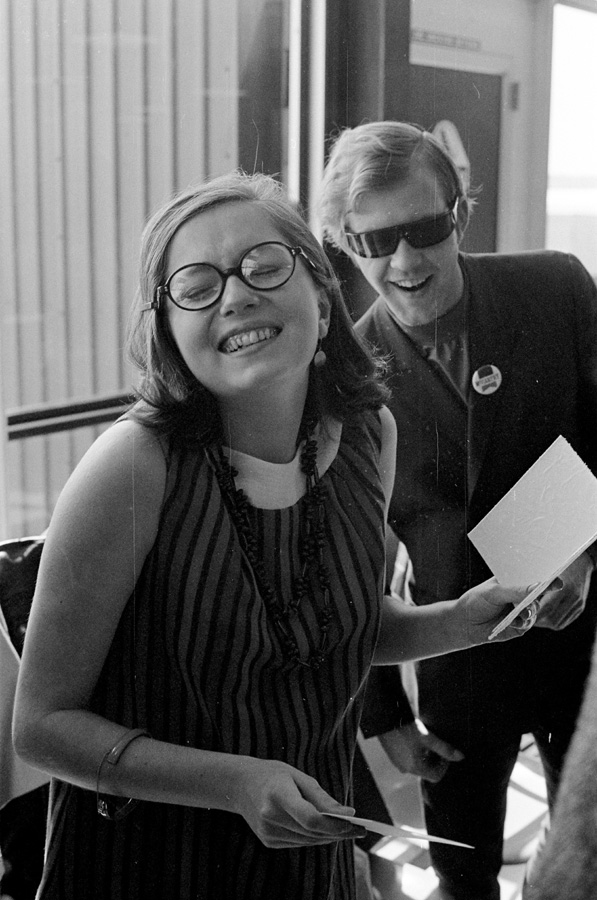 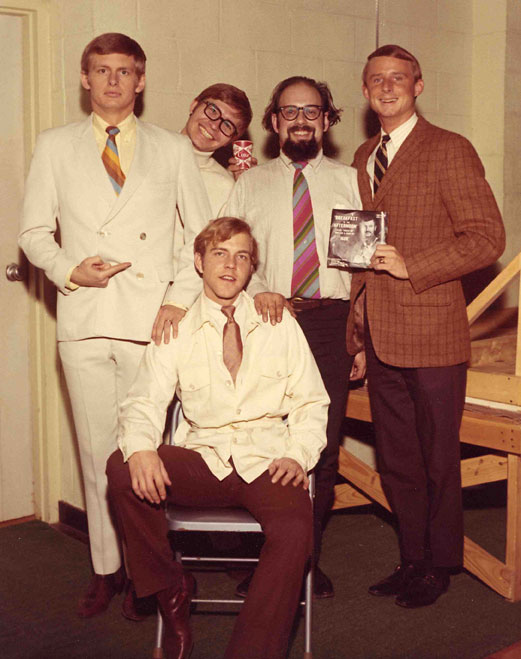 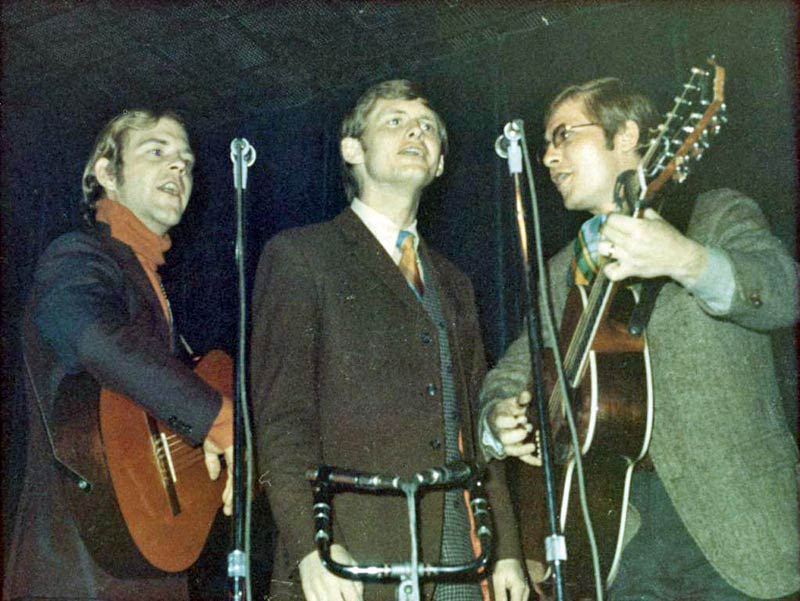 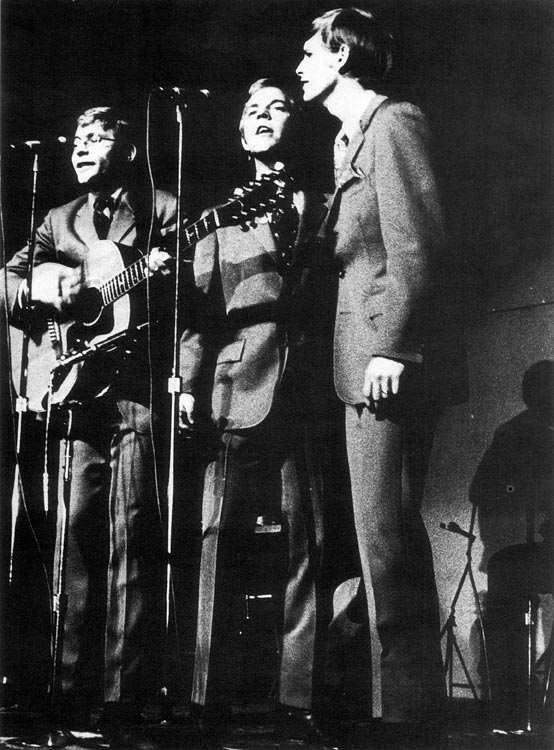 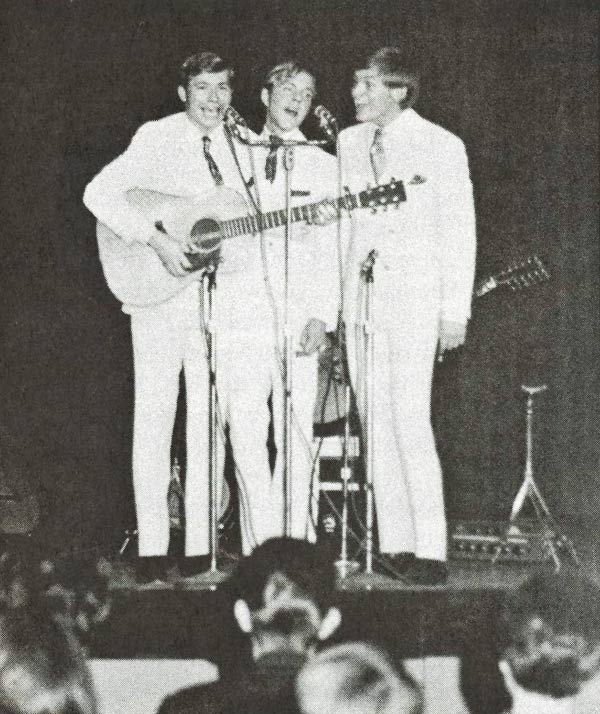 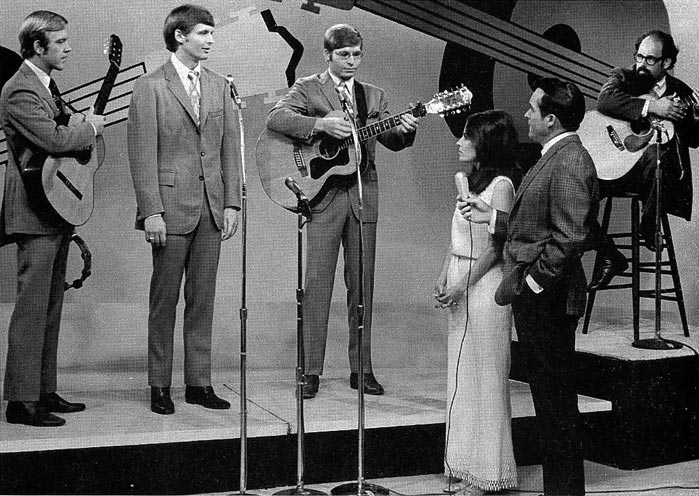 Denver, Boise & Johnson - Mike Douglas Show, July 1968
from left: Michael Johnson, David Boise, John Denver, actress Barbara Parkins, Mike Douglas, Paul Prestopino.
When Chad Mitchell departed from the trio in 1965 to pursue a solo career, the then-unknown John Denver was recruited as his replacement. The group's original name was changed to the Mitchell Trio, and more personnel changes ensued during the next few years. Joe Frazier left in 1967 and Mike Kobluk departed in the following year, replaced by David Boise and Mike Johnson. With none of the original members remaining, the trio was renamed Denver, Boise, and Johnson. After working with the Mitchell Trio for nearly four years, John Denver decided to strike out on his own, after Mike Johnson had left the group.
"Folk Music: More Than A Song" by Kristin Baggelaar and Donald Milton