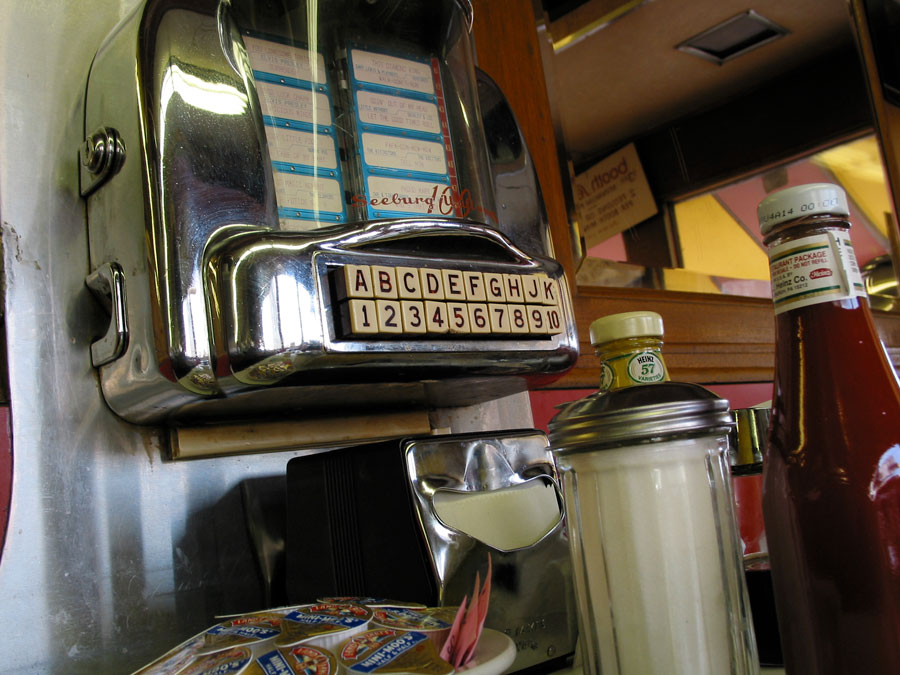 I stayed at a friend's house in Twin Falls, Idaho and was introduced to his indoor house pets. They are two Bobcats, one named "Bob" (of course), and a female named "Taz." More related to the Lynx family than the world of kitty cats, they don't purr or meow or drink milk. They eat meat only.

The first morning I was there I was awakened by Bob, the friendly one. He was standing on my bed gently biting my nose. I freaked, then he did too, like that scene from ET. I was later informed that his behavior meant that he liked me and wanted me up so that we could play. He turned out to be a really sweet guy. Taz kept to herself mostly, which was very OK. 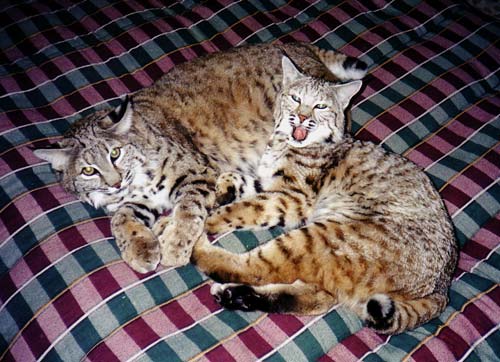 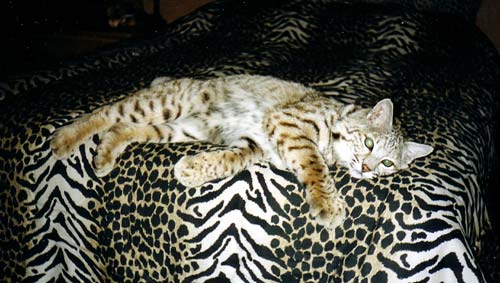 Just so you know, that's a queen sized bed! 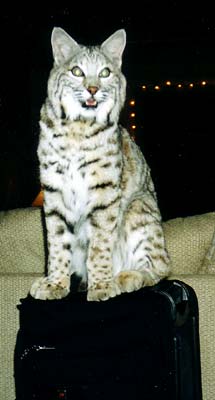 Bob, posing on my suitcase. 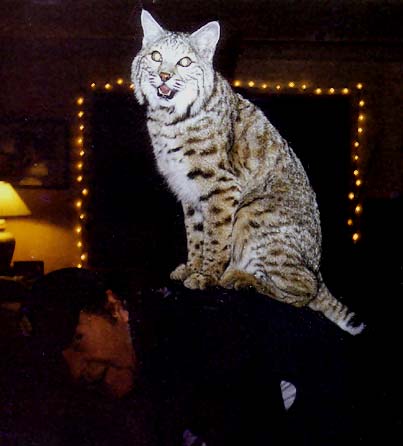 A man with a cat on his back.

Back to Travel Photos Home